Here are my ten picks for the year, with Tarantino (of course) crowning the list.

1. Inglourious Basterds. 5 stars. Quentin Tarantino is back — the old Tarantino, that is, who showed how excessive dialogue can be so wildly entertaining, characters most impressive when sophisticated, bad-ass, and absurd all at once, and in general how to make cinematic art out of the preposterous. Landa is a brilliantly conceived Nazi you can watch all day; the Jewish Basterds a ludicrous wish-fulfillment fantasy who entertain as they self-indict. The film forces us to see ourselves as Nazis as we cheer the Basterds on for their inhumanities. And Hitler himself? His rant about the Basterds and Bear-Jew is more entertaining than the famously recycled scene from Downfall. As for the best scene, it’s the drinking game in the underground bar, which builds mountains of tension leading up to one of the best shoot-outs ever filmed. Reviewed at length here. 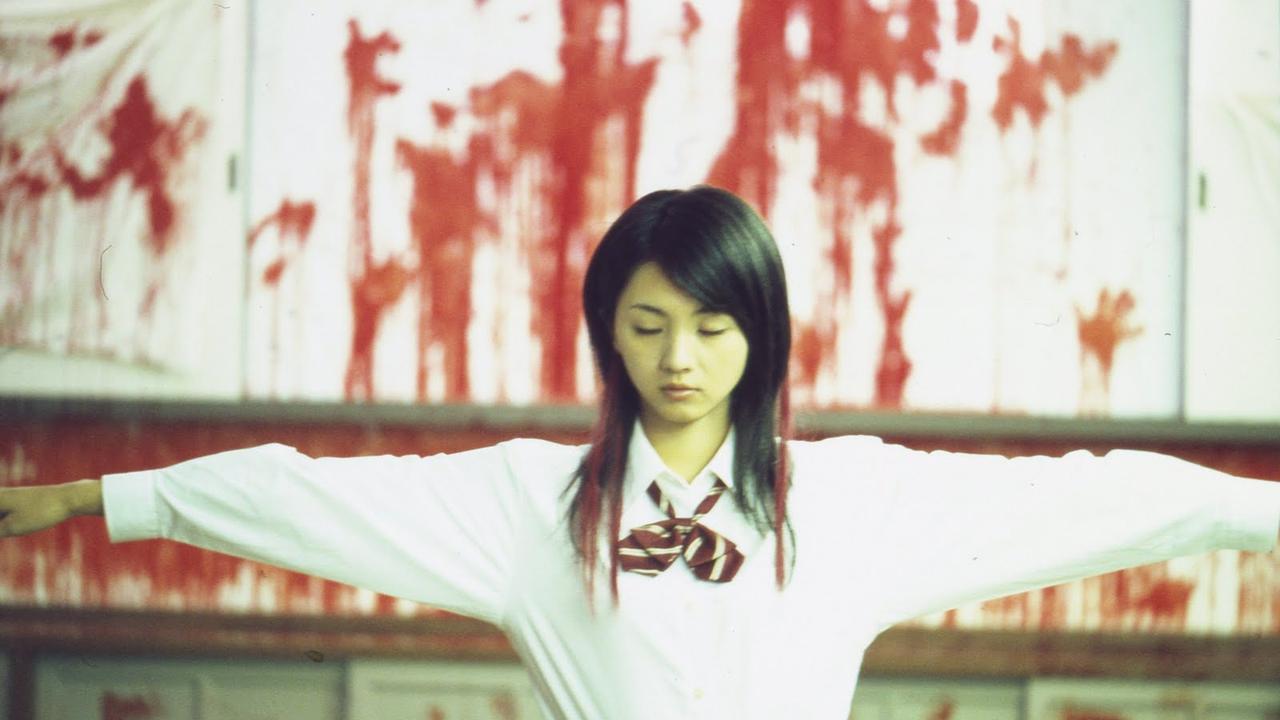 2. Love Exposure. 5 stars. This is a four-hour sprawl of religious guilt, sexual frustration, family feuds, industrial pornography, and peek-a-panty photography — the last involving street boys who look up girls’ skirts while camouflaging their camera shots with hilarious martial-arts acrobatics. It’s impossible to summarize without sounding ludicrous, but be assured that critics and audiences love it. I fell in love with Yu and his quest for the right girl — his “Virgin Mary” as it were. He’s a genuinely good kid, but driven by the need to sin in retaliation against his repressive father, a Catholic priest who treats him horribly in the confessional booth. On the street he finds his dream girl, Yoko, who unfortunately has lesbian leanings, and things get even crazier when another girl, Koike, enters the picture, and manipulates both Yu and Yoko in psychotic ways. For all the absurdist comedy, the film’s message about Catholic dogma, new wave cults, and the ultimate nobility of perversion is quite serious. 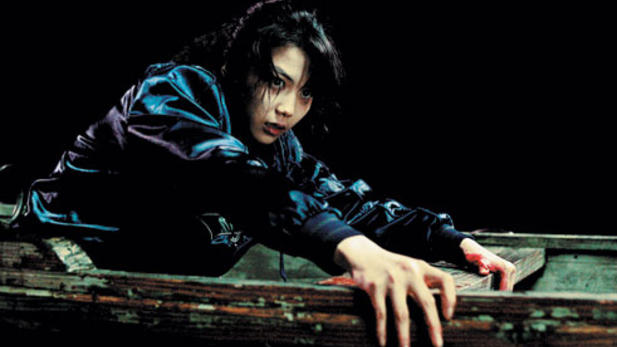 3. Thirst. 5 stars. Like the director’s classic Oldboy it revels in sex and violence yet still manages to impress the cinephile elite, mostly for its creative adaptation of a literary work and hard look at human nature. The priest is a good man who becomes a vampire by accident, and does all he can to avoid killing people, mostly by sneaking through hospitals and slurping the intravenous tubes of comatose patients. But when he turns a woman he falls in love with — the wife of his best friend, whom they both end up murdering — it’s not long before she brings out the worst in him. Thirst explores the duality between blood-feeding as sacramental and its more honest Satanic counterpart, which revels in the glory of the hunt and the honesty of evil.

4. The Hurt Locker. 4 ½ stars. Richly deserving best picture (though I would have preferred Inglorious Basterds), this is Kathryn Bigelow’s examination of the Iraq war through the eyes of a bomb deactivation squad. It’s neither anti- nor pro-military, but respectful, and a serious achievement. While her ex-husband James Cameron dominated headlines with the shit-stink called Avatar, she blew him out of the park with something smart and lean. It portrays a man addicted to lethal thrills, and contains some of the most realistically suspense scenes shot in a war film.

5. The Road. 4 ½ stars. Post-apocalyptic survivalist, and bleak in the way only Cormac McCarthy novel adaptations are, in which marauding cannibals overshadow lone protagonists and nothing promises to get better. Viggo Mortenson plays a father who will do anything to save his son, even shoot him as a last resort to spare the kid rape at the hands of the baddies. The ending panders too much to those preferring tidy closure, but it’s a small quibble on my part, and it actually just follows the book.

6. The White Ribbon. 4 ½ stars. This film is disturbing in a very subterranean way. It’s set in a north German village during 1913-14 and spotlights an aristocratic estate where everyone lives well but rot on the inside from repression and joylessness. A pastor over-punishes his kids for the most trivial offenses — even non-offenses — and turns a blind eye when he learns that they’re probably responsible for the murder of a villager, a barn fire, and other unspeakable acts. It’s a film about hidden violence resulting from psychological cruelty, and a work of art.

7. Whip It! 4 stars. A coming-of-age sports drama that works surprisingly well, since it has the wisdom to not take itself too seriously, and allow the underdogs to lose in the end when it really counts. A great soundtrack, endearing characters, and edgy roller derby scenes set this way above pathetic ’80s dramas like Karate Kid and Hoosiers. And Ellen Page is awesome as always. See if you can tell if the setting is the ’80s or the ’00s. It’s not easy. Reviewed here.

8. Splice. 4 stars. The premise here is something Cronenberg could have come up with, and the product evokes Lynch’s Eraserhead — an effective blend of flesh-horror, sexual horror, and science fiction. The success of the film has largely to do with how our sympathies constantly shift gears as Dren evolves and even mutates gender. The infant Dren is playful and vulnerable; the grown (female) Dren who seduces Clive (and almost stings him to death while copulating with him) is a bit more ambiguous; the male Dren who rapes Elsa a complete horror. This was my surprise pick of the year, it seemed to come out of nowhere. 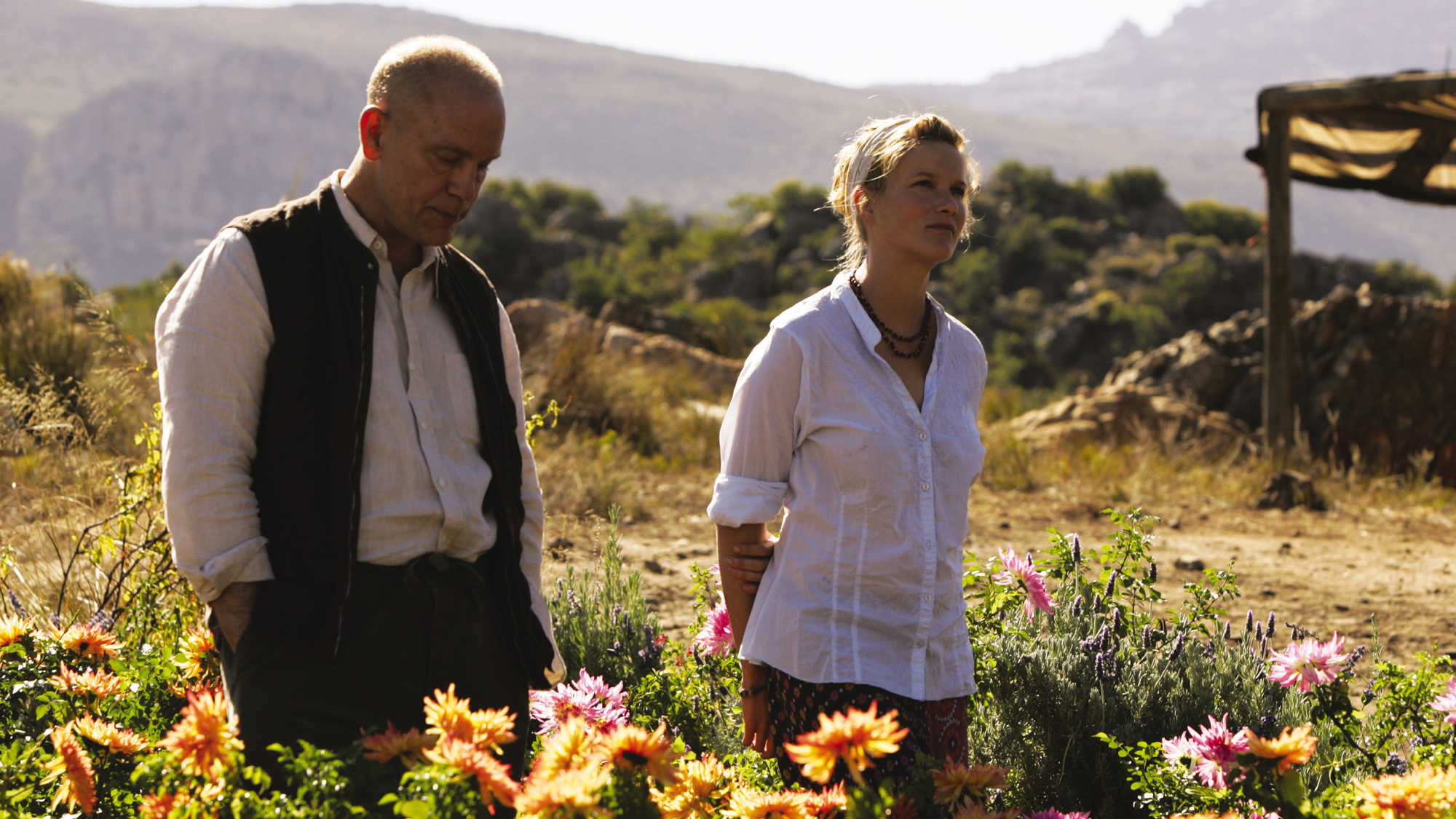 9. Disgrace. 4 stars. A Cape Town professor takes advantage of his position to have an affair with a black student, then flees to his daughter’s remote farm to escape the scandal, only to find tragedy when a trio of black youths brutally assaults them, and rapes his daughter. One of the attackers turns out to be related to his daughter’s employee, and she actually considers marrying her rapist to minimize future conflict. A thoughtful film about apartheid that never rings false.

10. Last House on the Left. 3 ½ stars. The inverse of The Texas Chainsaw Massacre of ’03, this remake is a vast improvement over an abysmal original, though admittedly not without its faults. You can only do so much with a revenge film, but Eliadis pushes everything perfect up until the last 30 minutes, at which point a serious film turns into a popcorn movie. The rape scene is very upsetting but well placed. Most ’70s classics should be left untouched, but the “classic” Last House on the Left was so dire it was like watching snuff. Reviewed here