Someone started a Facebook meme of the most politically misunderstood films of the past ten years. It’s a great question, and here are my three. 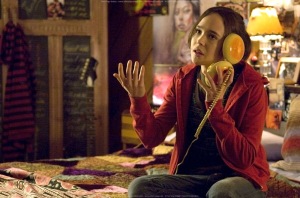 1. Juno, Jason Reitman. 2007. Supposedly anti-abortion. Even if you know nothing about scriptwriter Diablo Cody (a pro-choice feminist) and actress Ellen Page (also a pro-choice liberal who participates in films she believes in), it’s ridiculous beyond words to see this film as promoting an anti-abortion agenda. It establishes a girl’s choice to have her baby, without glorifying teen pregnancy, and that she would be supported by her friends and family regardless of her choice. It takes choice for granted. As such, it’s a film that could never have been made when I grew up in the ’80s, which is perhaps why some old-school feminists feel threatened by it — especially when anti-abortionists are on the cheer-leading deck. Juno is a product of third-wave feminism, assumes hard-won rights, and doesn’t need to preach. That’s what makes it a great film, on top of being one of the most endearing comedies ever made.

2. Zero Dark Thirty, Kathyrn Bigelow. 2012. Supposedly defends the use of rendition torture in combating terrorism. Even if you’re unfamiliar with Bigelow’s style (her award-winning Hurt Locker was neither pro- nor anti-military, respecting the army while portraying its personnel with the appropriate shades of gray), it’s a dimwitted belief that Zero Dark Thirty’s torture scenes serve an apologetic end. That torture produced positive results in hunting down Bin Laden doesn’t mean the ends justified the means, and Bigelow assumes viewers have the intelligence to reach this conclusion without having it spelled out. Depiction obviously isn’t endorsement — if it was, filmmakers and novelists would be barred from exploring necessary issues. Zero Dark Thirty is in fact Bigelow’s best film to date, finer and more disciplined than even The Hurt Locker. 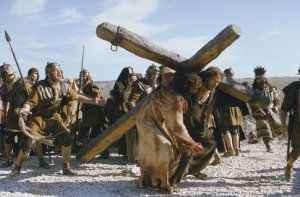 Why have Juno, Zero Dark Thirty, and Passion of the Christ been understood in ways that cut against their own grain? Simple. Anti-abortion, torture, and anti-Semitism are hot button issues, and if you don’t decry them, you’re seen as endorsing them. They all happen to be excellent films (even Gibson’s), and confirm the idea that the best films are often the most misunderstood ones.

The Hobbit trilogy was a mess but I proved to myself that it didn’t have to be. With computer software I re-cut the trilogy and removed all the grievous offenses, especially in the second and third films. The result isn’t a masterpiece like The Lord of the Rings, but it’s surprisingly decent.

There are great moments in these films: Bilbo out-riddling Gollum, the hobbit bearding Smaug in his hoard, the fight on the ice between Thorin and Azog, the Council of the White confronting Sauron at Dol Guldur, to name my favorites. The problem is that the good parts are hard to savor in a sea of surrounding sewage. Here’s what I came up with after that sewage is removed. I’m pleased to say that The Hobbit is now enjoyable to watch.

The Desolation of Smaug

The Battle of Five Armies

So my edited trilogy adds up to 5 hours 21 minutes (down from Jackson’s bloated 8 hours 32 minutes). 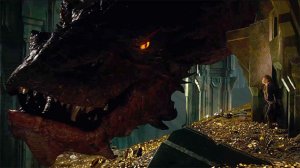 Specifically, this is what I got rid of.

Radagast. I actually love Radagast. He’s a half-baked lunatic who lets birds nest in his hair and shit down his beard; he drives a rabbit-pulled sleigh. This all gratifies me immensely. The problem is how he is used in the first film. His rescue of Gandalf, Bilbo and the dwarves from a warg attack is horribly contrived, and a massive geographic failure; Radagast stays in Mirkwood — he wouldn’t be zipping around west of the Misty Mountains, far less know where to find Gandalf on the road. So while I keep Radagast in films two and three (obviously, for the Dol Guldur crisis), I leave him out here.

The stone giants and rock avalanche. An unimpressive scene, and unnecessary, given the action to follow in Goblin-Town.

The escape from Goblin-Town. After Gandalf’s rescue, the next time we see him and the dwarves is through Bilbo’s eyes, exiting the mountain. I completely removed the underground sequence of the dwarves leaping over crumbling bridges like olympic athletes, and falling down chasms with hardly a scratch.

The Desolation of Smaug

Prologue. The flashback to Gandalf and Thorin’s first meeting each other is superfluous.

Legolas. Aside from his first appearance (leading the capture of the dwarves), he doesn’t appear in my cut. He’s completely gone. No ninja acrobatics. No miracle stunts. All gone.

Tauriel. Ditto. Not a single trace of her survives. The romance between her and Kili, her later appearance in Laketown — all gone.

The river barrel battle. Not only did Legolas and Tauriel dominate this sequence, but even the dwarves were pulling off insane acrobatics. All of it is gone. After Bilbo engineers the barrel escape, there is no battle.

Laketown. Gone. The Kili soap opera and other tedious side stories. Aside from a few brief wide shots of the town, Laketown doesn’t appear until the third film.

Unlocking the hidden door. I telescoped this incident so the door is unlocked right away. The whole business of being fooled by the setting sun instead of waiting for moonlight is tedious.

Smaug chasing the dwarves through Erebor. A horrible videogame sequence. After Bilbo beards Smaug in his den, I cut directly to the end, with Smaug flying toward Laketown.

The Battle of Five Armies

Legolas and Tauriel. As above. All traces of them are gone. Their trip to Angmar, and their prolonged battle scenes at the end — none of this survives.

Alfred. I don’t know what Jackson was thinking by creating this comical buffoon, but he poisoned the film even more than Legolas and Tauriel. I eradicated every last frame of this weasel. Which means most of the Laketown drama is gone.

Portions of the Battle of Five Armies. A few chunks where it looks less a battle and more a videogame.

(See also: My Special Cut of The Lord of the Rings.)