Here are my favorites rated in descending order. Tree of Life was the #1 slam dunk.

1. The Tree of Life. 5 stars. Like Kubrick’s Space Odyssey, this is a picture-perfect film showing humanity dwarfed by celestial mysteries. It spotlights an American Catholic family within a macrocosm of evolution, and an implied dialectic of nature vs. grace. But grace emerges not as something which contradicts nature (even if it’s its conceptual opposite), rather something inherently part of it, or complementing it, or mutating from it. Every frame depends on just the right camera angle, scoring, and particular subtleties around snippets of dialogue you can barely hear. It ends on a spiritual apocalypse that could move an atheist: the yearning for reunion in some form of afterlife, a hopeless fantasy we cling to in order to cope with pain and loss. I’m turned by new surprises each time I watch The Tree of Life. 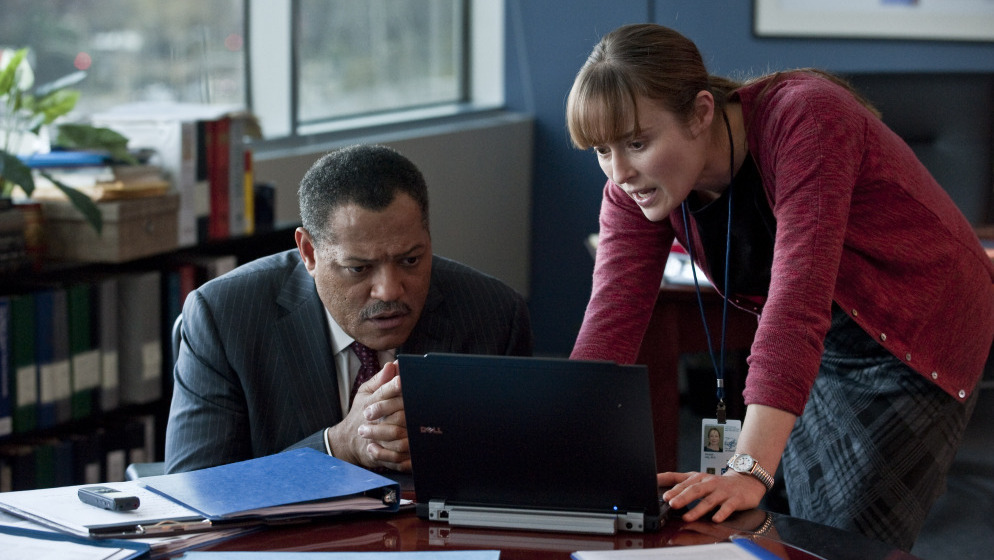 2. Contagion. 4 ½ stars. As in his film Traffic (2000), Stephen Soderbergh uses a geographical network narrative to connect people under crisis, but this time the crisis is apocalyptic. Millions of people die in weeks from a super-virus originating God-knows-how-or-where, and unlike many medical thrillers, this one is grounded in good science, which makes it very scary. It also makes it a horror film, effectively, though it wasn’t marketed as such. The epilogue is one of the most brilliant unsettling explanatory flashbacks I’ve seen in a film — where we see the cause of the virus traced back to poorly prepared meat that one of the main characters ate on her business trip to Hong Kong. 3. Cracks. 4 ½ stars. I’m a sucker for students under the tutelage of nefarious instructors, and I’m surprised this one fell under the radar. An aristocratic Spanish girl comes to board at an Irish school off the coast of northern England in 1934, and without even trying incites jealousy and rage amongst her peers. They all crave the approval of a teacher who has eyes (and loins) for this newcomer. Things get unpleasant, naturally, and don’t end well. Jordan Scott, directs, and yes, she’s related to the great Tony (above) and the dreadful Ridley who hasn’t done anything decent since Alien and Blade Runner.

4. Flowers of War. 4 ½ stars. This is a well-told war story. Set during the Rape of Nanjing in 1937 (pretty much the Chinese holocaust of WWII) in a western-run Catholic cathedral. This convent is used as a hideaway for young schoolgirls, who are soon joined by a group of prostitutes seeking safety too. The key character is the American mortician, who eventually must use his skills to disguise the older prostitutes as the 12-yr olds when the Japanese demand the schoolgirls be handed over for rape. The acting on display is as good as acting gets, the drama intense, and it pulls no punches showing the horrors of war. The story is original and compelling, plausible without feeling contrived — all of that adds up to something rarely seen in a war film.

5. X-Men: First Class. 4 ½ stars. Some say this prequel is the best X-Men film, and I can understand why. It’s superbly acted, it exploits an historical event (the Cuban missile crisis) to nail-biting effect, and, most telling, it’s very long but feels short. On the other hand, the whole point of X-Men has been the dark brooding feel, and here that’s completely gone. Matthew Vaughn was having a blast at the expense of Bryan Singer’s earlier subversive ideas. This is most evident in the amusing irony that First Class is really a “dude movie” — Mystique has to choose which handsome man she’s going to follow (the younger versions of Xavier and Magneto), and she’s now played by Jennifer Lawrence, who looks like a classic all-American blonde. The irony is that this such a good film while so bad at being an X-Men film.

6. Jane Eyre. 4 stars. More than any other adaptation of Bronte’s book, this one assigns central importance to Moor House, to the extent that the story is framed around it. While this approach reduces Jane and Rochester to a middle term, that’s much the point. Traditionally, Moor House tests Jane in a manner parallel to Thornfield: she must fend off St. John’s advances on grounds that their marriage would be loveless (whereas in the case of Rochester a marriage would be full of passion but illegal). In this film, Moor House isn’t so much a testing ground, but a mundane base from which Jane can reflect on her past, especially her impulsive love for a brash employer who is perhaps no more suitable than St. John. This turns Jane Eyre into a refreshing tragedy, especially in view of the abrupt ending in place of the traditional blissful one.

7. A Dangerous Method. 4 stars. I’d been waiting for a good cinematic treatment of Freud and Jung all my life. For all their quackery, their ideas are part of our Western heritage. We get to know them from the time they meet in 1907 until their fallout in 1913, and their philosophical disagreements are filtered mostly through Jung’s affair with one of his patients. Some complain that Kiera Knightly’s performance as Jung’s patient/mistress is overwrought, but her jaw-jutting demonic facial contortions are based on historical fact, and I thought she did very well. There are powerful moments between Freud and Jung, the master insisting on sexual explanations to everything, the student veering off, even more questionably, into esoteric mysticism. If The Brood was Cronenberg’s body-horror slam on mental therapy, A Dangerous Method is its professional analog.

8. Kill List. 4 stars. If more horror films were like this, the genre would have a mighty reputation. The acting on display is naturally flawless in every frame, its lead character in particular teeming with uncontrolled impulses which alone hold you in a vise. I have to cite Slant’s review, since I shared the same reaction described: “Fear, mind you, is too nebulous and personal a reaction to gauge critically, but both times I watched Kill List, I found long stretches of its final act tremendously unnerving, and in fact one scene (in which Jay and Gal are chased through a dark tunnel) frightened me more than any movie has in my adult life. The reaction was genuine and, I think, significant: The film provoked something in me, a response I assumed wasn’t possible given that horror films haven’t scared me in the least since early childhood.” Yep.

9. Martha Marcy May Marlene. 4 stars. If you want cinema that shows what religious cults really do to a person’s psyche, then this is the film for you. Praised for every good reason, it shows a woman unable to integrate back into normal life. It’s a rather unique approach in this sense, emphasizing that one remains as much a prisoner after escaping a cult (in this case run by a David Koresh like figure who has sex with every woman who joins, and belittles and degrades all of his followers). True liberation from being violated is a long and arduous road, and Martha Marcy May Marlene has the wisdom to not suggest any shortcuts.