Consider this a service if you’ve been missing out on TV and need something to watch. This year has been a good one.

1. Stranger Things (Season 4). 4 ½ stars. We haven’t had a good season of Stranger Things since the second in 2017, and so a lot was riding on this. The Duffers certainly redeemed themselves. There’s a return to season-1 Stockholm drama, with Eleven and her abusive Papa; the Silo Lab arc from episodes 5-8 is actually my favorite part of the whole series. As in season 2, friends are down and distant. Max is guilt-ridden and suicidal; El is miserable, bullied by peers in the present and past; Lucas is into sports and less into Mike and Dustin’s ideas of fun. The emotionally vulnerable die as they daydream. Vecna’s killings, sadistic as they are, are but a means to an end: to create enough gates to start the apocalypse. There is admittedly some annoying season-3ish comedy that creeps in on occasion, and some contrived plotting with the Russian prison drama, but for the most part Stranger Things 4 is a smashing, successful return to form. It doesn’t reattain the perfect heights of seasons 1 and 2, but what it does get it right, it gets so right, that there are long stretches (especially during episodes 4, 5, 7, and 8) when you think it really is the best season. (Netflix)

2. Cabinet of Curiosities. 4 ½ stars. Best avoided by anyone with a heart condition, this artistic horror anthology pulls no punches, and there’s not a single dud among the eight episodes. That being said, some are more excellent than others, and two in particular — “Autopsy” and “Pickman’s Model” — are good enough to be judged instant classics. “Pickman’s Model” is all the more surprising for being a Lovecraft story; adaptations of his work tend to fail, but this one has the perfect mood and atmosphere and is genuinely terrifying. Guillermo del Toro introduces each episode like Hitchcock did in Alfred Hitchcock Presents, and he wrote two of the stories. What can I say, I was astonished by how good these vicious tales are. I’ve seen 16 rankings of the episodes, and the rankings I most agree with are the ones at Slate and Murphy’s Multiverse (which are nearly identical). (Netflix)

3. Cobra Kai (Season 5). 4 ½ stars. The karate season that finally gives Daniel LaRusso his much deserved story arc. He is brought down so low in this season, and it’s great to see him pulled up by (and teaming up with) his old bullies Johnny and Chozen in order to bring down Terry Silver. This isn’t to say the kids don’t get good story arcs; Robby and Miguel finally make amends, as do Tory and Sam. But the tone has shifted significantly, and more blood is spilled in this season than the previous four combined. One critic has even said that the season finale felt more like Game of Thrones than Cobra Kai; the fighting is that vicious. I never thought I’d see the day when the baddies of Karate Kid (Johnny), Karate Kid 2 (Chozen) and Karate Kid 3 (Mike Barnes) all come together for the first time and fight alongside Daniel for a good cause. (Netflix)

4. Severance (Season 1). 4 ½ stars. This is a bleak slow-burner that mightily rewards patience. The premise involves people who choose to live two lives, a work self (the “Innie”) and the self that exists apart from work (the “Outie”), neither having any clue about the other except that it exists. This allows people to literally forget everything about work when they leave the office; all they know about their lives is how they spend their free time in the early mornings, evenings, and week-ends. That’s fine and grand for the Outie self. The problem is that once they go to work, all they remember is how they spend their work lives — utter hell for the Innie self, who knows and experiences nothing more than the most boring routines of corporate drudgery. The finale is so well executed that it had me holding my breath at intervals for 15 minutes straight. (Apple TV+) 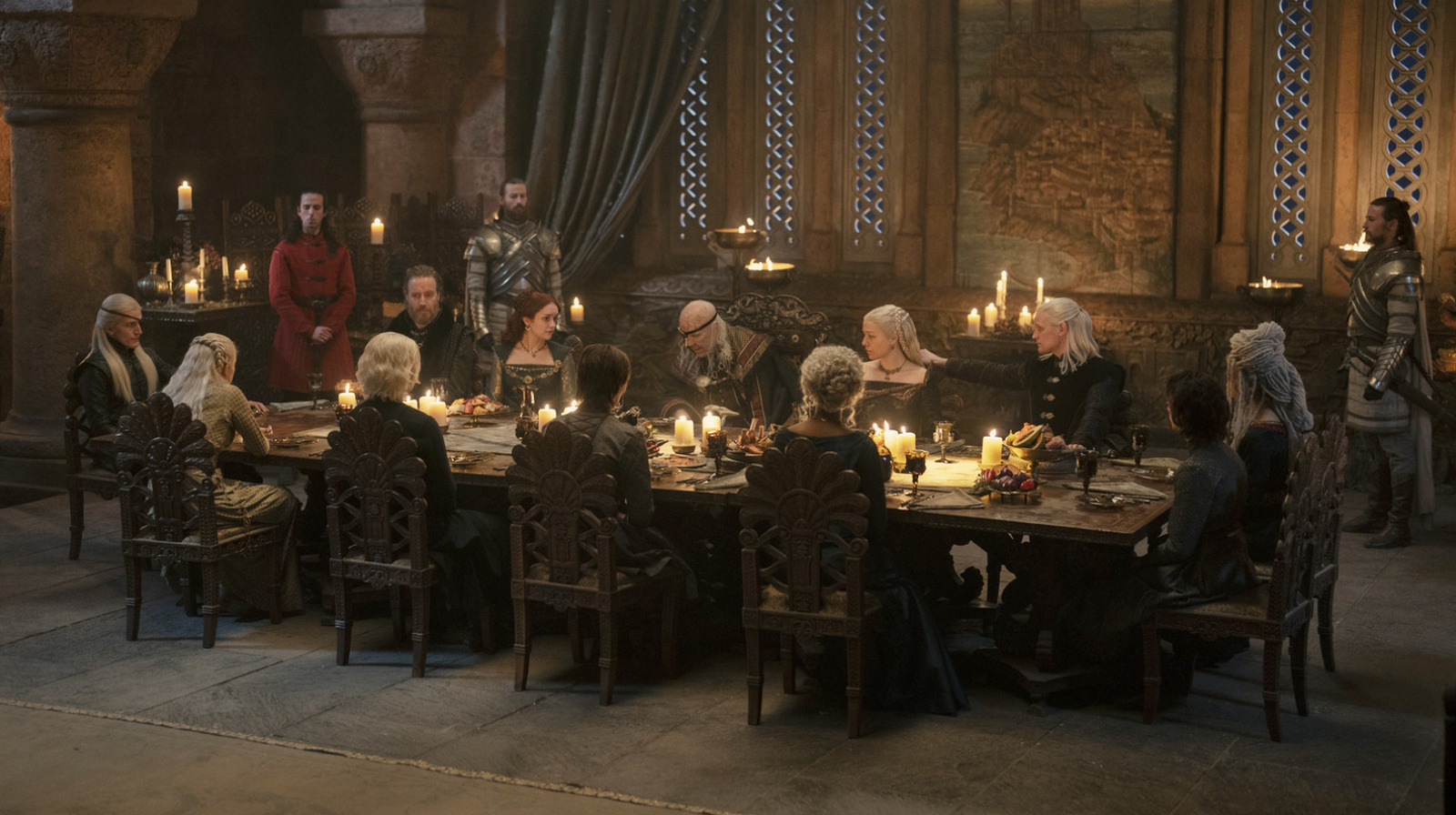 5. House of the Dragon (Season 1). 4 ½ stars. Compared to Rings of Power (on which see way down below), this fantasy series is a masterpiece, and the last four episodes in particular are as good as the best episodes from Game of Thrones. “Driftmark” (the seventh) sets a new bar for twisting in the knife, with the royal kids maiming each other for power, and Alicent going so far as to attack Rhaenyra openly. “The Tides of War” (the eighth) has some of the best cinematic drama I’ve seen in ages — from Viserys’s surprise entry and painfully dragging himself to the Iron Throne, to his last supper with his family members before he dies. I went into this series expecting a barely above average spin-off, and was very pleasantly surprised. (HBO Max) 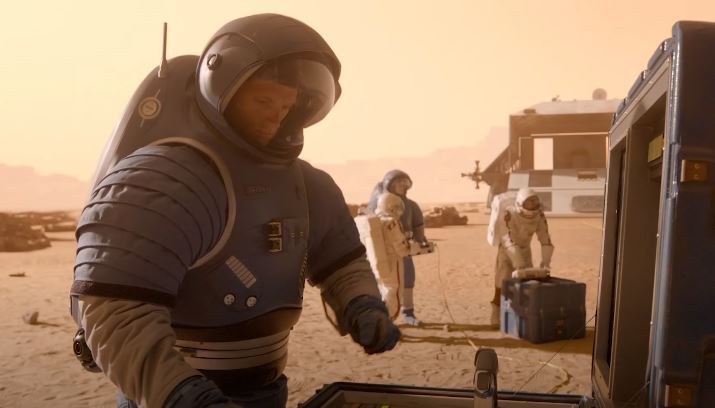 6. For all Mankind (Season 3). 4 stars. This season revolves around the mission to Mars and the first woman president who is also lesbian; in the alternate timeline of For All Mankind, she beats Bill Clinton in the 1992 election. The show writers are doing an excellent job imagining the space race going way beyond 1975, and there is every sign of it continuing into the 21st century with more seasons. I hope they’ll reach Jupiter and the moons of Saturn. This season wasn’t the same without Gordo and Tracy, and didn’t attain the dramatic heights of the previous two seasons, but the quality in storytelling continues to be top notch, and I admire the way it never seems like science fiction. The mission to Mars looks as realistic as the missions to the moon in the previous seasons. (Apple TV+) 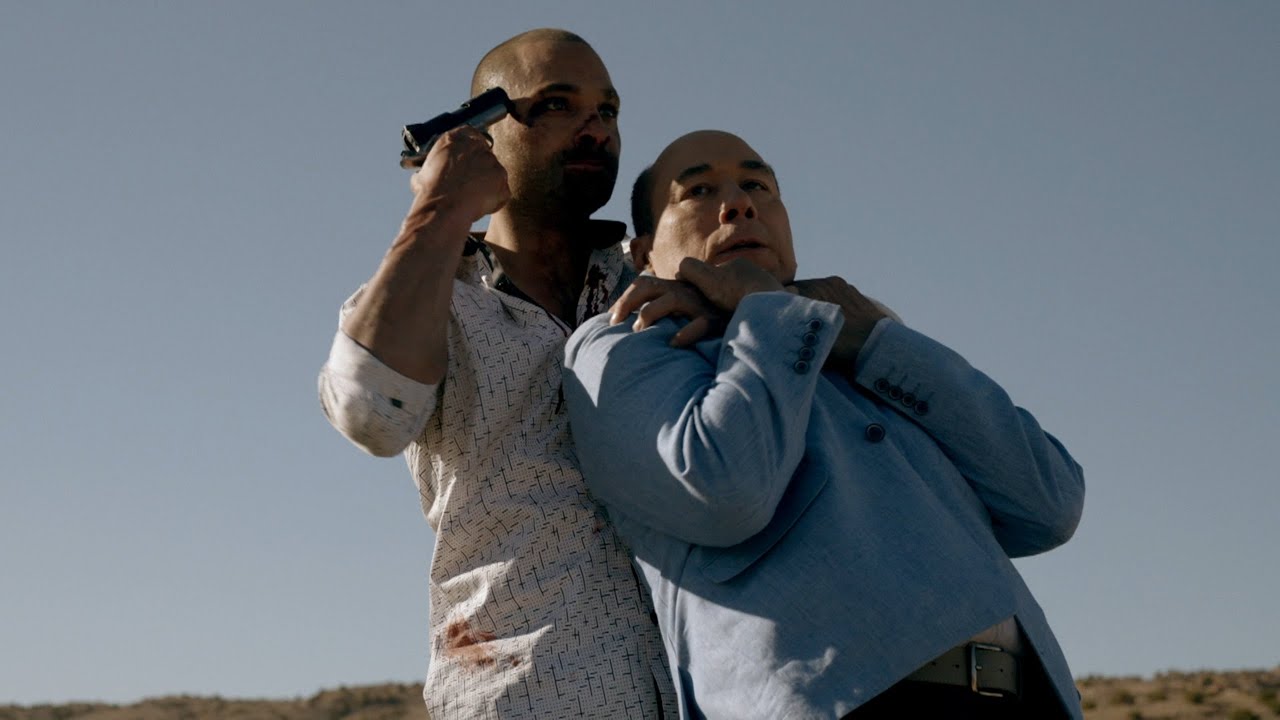 7. Better Call Saul (Season 6). 4 stars. I’ve had a love-hate relationship with this series, and most of the hate goes to the first three seasons which were dominated by the presence of Chuck. He was an utterly insufferable character to watch on screen. Had the show writers not (finally!) killed him off, I would not have proceeded to season 4. But they did and the show got better… and better… and best of all with the sixth and last season. Now everything comes together: Nacho is killed, poor Howard is killed, Mike is in top form, Gus outwits the Salamancas, and Jimmy (Saul), in the end, atones for his crimes, as Kim does penance as well. I’ll miss the Breaking Bad universe, though I’m glad that Vince Gilligan is moving on to something different. (AMC)

8. Andor (Season 1). 4 stars. I’ve become convinced that Star Wars is much better suited to the TV series format than the movie. Aside from Empire Strikes Back and Rogue One, none of the Star Wars movies are that impressive, and most are downright cheesy. But series like The Mandalorian and Andor (though not Obi-Wan Kenobi) are making Star Wars into a surprisingly worthy franchise. In the case of Andor, it’s the prequel to Rogue One, and like that top-notch installment does a good job of making you really fear the Empire. The films were caught up in mythological villains and heroes rather than showing how ordinary people become part of a revolution against torture and tyranny. Andor is as gritty and realistic as Rogue One, and, speaking as a Star Wars hater, I recommend it. (Note: As I write this, nine of the twelve episodes have been released. So my final ranking is subject to change.) (Disney+) 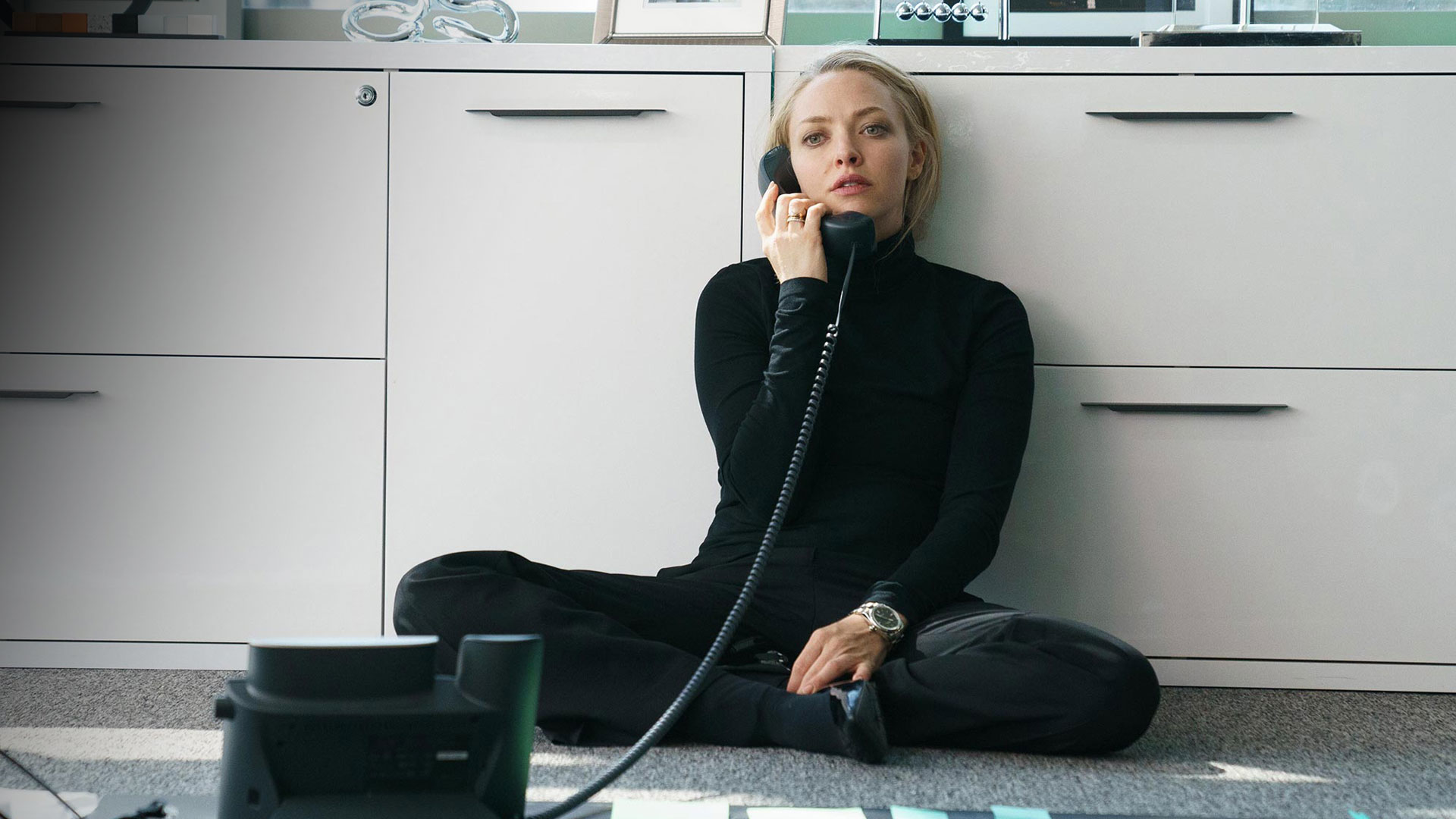 9. The Dropout. 4 stars. This true-crime drama of a blood-testing device reminded me of the Jesus-Wife fragment. I couldn’t look away, couldn’t believe what I was watching, that so many people were fooled by Elizabeth Holmes for so long, even experts turning a blind eye to the obvious flags. This scam artist was finally indicted in 2018 for defrauding investors, doctors, and patients; found guilty in January of 2022; and this month (in November) she will be sentenced, perhaps up to 20 years in prison. To think that her shenanigans started way back in 2004… it boggles the mind. If this series depicts her accurately, as many reviewers claim, then she deserves to rot. (Hulu) 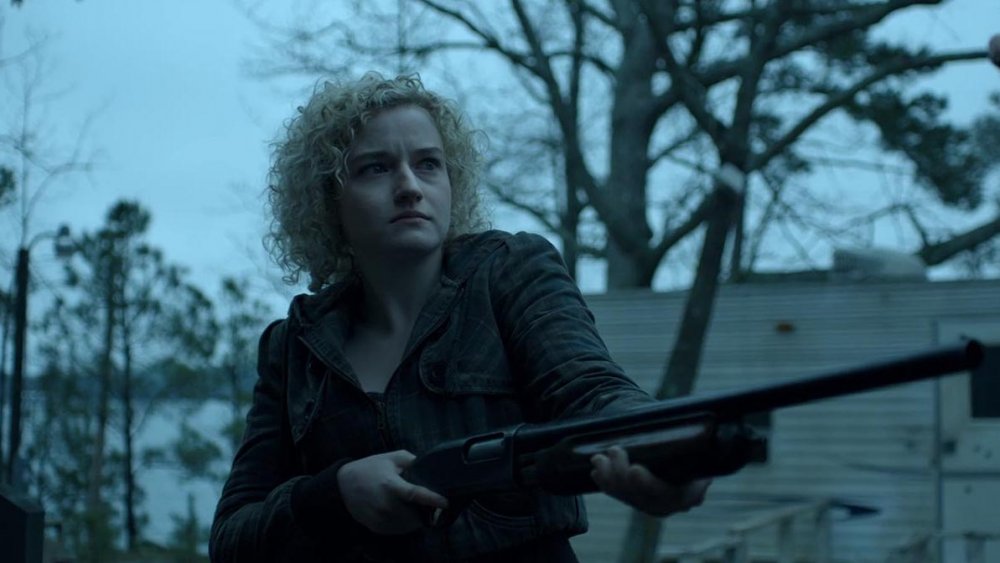 10. Ozark (Season 4). 3 ½ stars. Ozark had a good run but this was the season to stop. It had great moments, lackluster moments, and a finale that was honest but could have been more creative. In the end, I believe it goes down as a slightly above average drama of ordinary people caught up in the chaos of crime. Nothing like Breaking Bad. Walter White’s fall was epic. Marty and Wendy Byrde’s fall is compelling, though the tragedy is less cutting, perhaps because the entire family ends up drinking the kool-aid. They have each others’ backs to the end, unlike Walter White, who was reviled and cursed and everyone, family and friends alike. (Netflix) 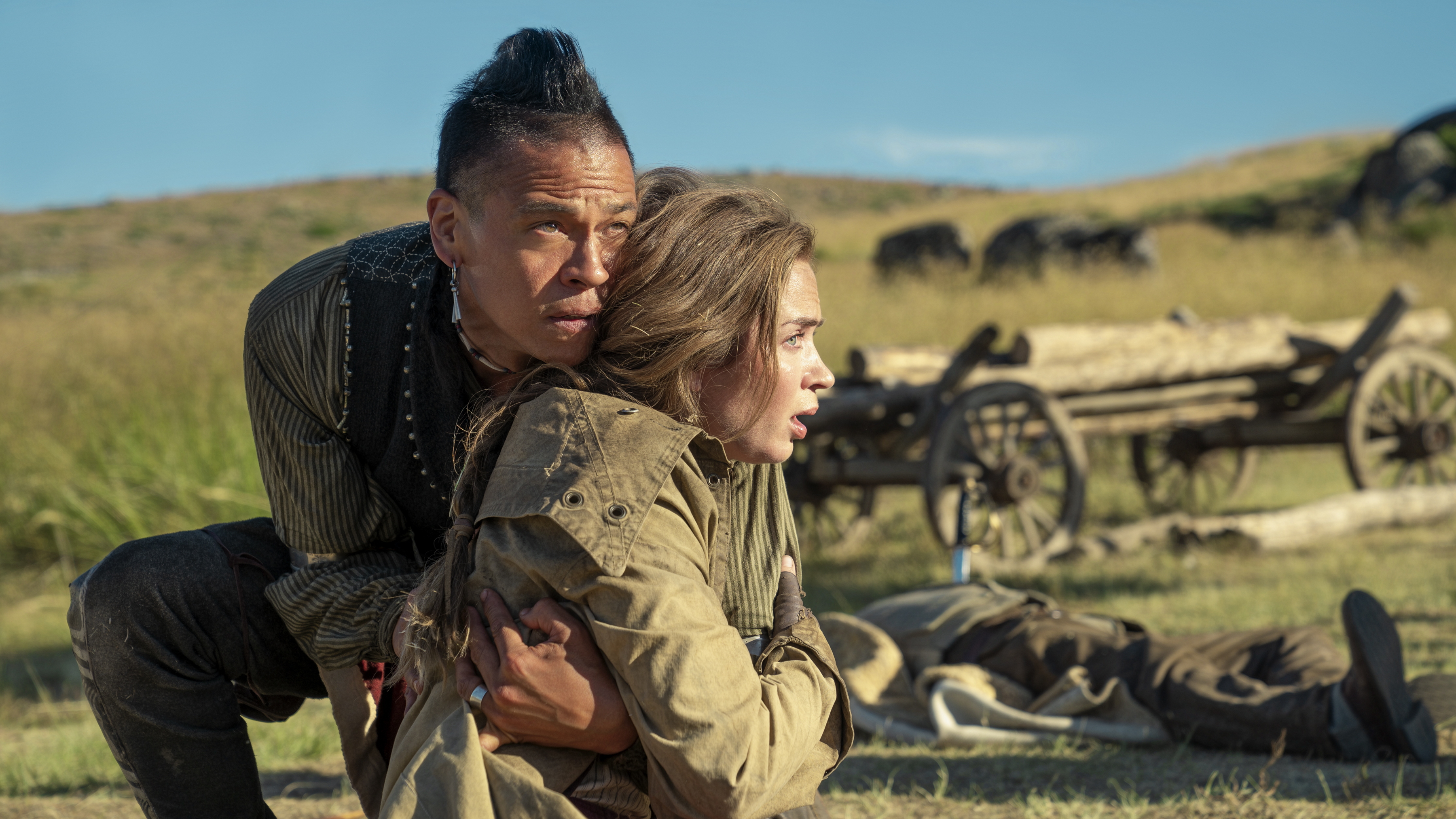 (?) The English. This western starts next week (Nov 11), and it looks impressive. If it turns out as good as it looks, I’ll rank it on this list before the end of the year. The synopsis: “It takes the core themes of identity and revenge to tell a uniquely compelling parable on race, power, and love. An aristocratic Englishwoman, Lady Cornelia Locke, and a Pawnee ex-cavalry scout, Eli Whipp, come together in 1890 middle America to cross a violent landscape built on dreams and blood. Both of them have a clear sense of their destiny, but neither is aware that it is rooted in a shared past. They must face increasingly terrifying obstacles that will test them to their limits, physically and psychologically.” (Amazon Prime)

x. Rings of Power (Season 1). 1 star. An utter sleep-inducing waste. And I did doze through a lot of it, and cursed the screen when I was awake. The most succinct review is this one, and I don’t need to add anything beyond it: “This is badly made TV with a nonsensical story built on wild coincidences, contrived plotlines and a blatant disregard for the various building blocks that make any story complete: logical character choices, a sense of time and place, and narrative tension—not to mention an overly large cast of mostly forgettable and uncharismatic characters, some wholly made up for the show and others changed entirely as to be almost unrecognizable. In every way that truly matters, The Rings Of Power fails from the writing to the acting to the presentation. It fails as an adaptation, neither enriching Tolkien’s work nor remaining true to it. It fails as a good fantasy, giving us generic tropes and melodrama rather than blazing new ground. And it fails as a compelling story, filled with cheap mystery boxes and unsurprising ‘twists.’ So how bad has this show dropped the proverbial palantir?” (Amazon Prime)