Tony Scott died ten years ago (in August 2012), and so this tribute is way overdue, prompted by some recent rewatches. No director could elevate a popcorn flick like Tony Scott. His camera work, avant-garde techniques, and the mileage he got from talented actors made his films aesthetic as much as thrilling. I think he was superior to his brother Ridley, who had two masterpieces in him (Alien and Blade Runner) but a lot of stinkers too. Of Tony Scott’s sixteen films, I don’t think any of them are bad (though some are mediocre), and I consider the following six to be his best, and they all have high rewatch value. I’ve seen each of them anywhere between three and seven times. I should note that I’m not the biggest Denzel Washington fan, but Scott used Denzel incredibly well — in no less than five of his films, and four of them place on this list.

1. Deja Vu. 2006. Among the cinematic enjoyments that handle time travel intelligently, Deja Vu is especially impressive for not even being a sci-fic film. It’s a crime thriller incorporating a sci-fic element, which it then turns on a man’s obsession for a dead woman — basically this is Tony Scott meets Vertigo. The woman in question was abducted by a domestic terrorist who took her vehicle, killed her, and then bombed a passenger ferry boat, killing hundreds more. Enter the FBI, who have a special “surveillance” program which looks 4 days and 6 hours into the past, by using several satellites to form a triangulated image of events (or so they say). The FBI uses this program to solve crimes, in this case by looking into the past to try to identify the terrorist. They recruit ATF agent Doug Carlin (played by Denzel), who quickly figures out that this “surveillance program” is actually a time window — a gate into the past, from the present point to 4 days and 6 hours ago — which the government only stumbled on by accident. Doug becomes hell-bent on changing the past, by saving the woman who was abducted and killed, and in the process stopping the bomber before he kills more. The action and thrills are worth the price of admission, but the heart of Deja Vu is Doug’s obsession with Claire. He’s convinced she can be saved though the FBI team of scientists insist that changing the past is impossible. The model of time travel used in Deja Vu is the multiple timelines model, meaning the past can indeed be changed, and the logistics are executed flawlessly.

2. Crimson Tide. 1995. I’ve seen Crimson Tide so many times that it probably qualifies as my favorite popcorn flick. It does for me what The Fugitive does for others. In place of Harrison Ford and Tommy Lee Jones are Denzel Washington and Gene Hackman. Captain Ramsay (Hackman) is the captain of U.S. nuclear missile submarine, and Lieutenant Commander Hunter (Washington) is his freshly-arrived executive officer — more cautious and less trigger happy when a crisis like the Cuban Missile breaks out. Watching Ramsay and Hunter go at each other is a treat, as they each keep gaining the upper hand when Hunter leads (yes) a mutiny against Ramsay aboard the sub. Another big plus to Crimson Tide is the dialogue, some of which was written by Quentin Tarantino, though he is not listed in the credits. Tarantino was called in by Scott to “finesse the dialogue” after doing such a kick-ass job in True Romance (see #3 below), and the results are entertaining; I’m sure that Ramsay and Hunter’s argument over which breeds of horses are what color, and what country they come from, is from Tarantino’s pen. Most importantly, Scott doesn’t allow us to choose between Ramsay and Hunter too easily. Both men get their asses torn by the Admiral in the epilogue: Hunter led a mutiny aboard a naval submarine, right in the middle of a Russian torpedo attack; Ramsay violated nuclear launch protocol. Both men acted appallingly, and yet each can be viewed as acting in the American people’s best interests from where they stood. 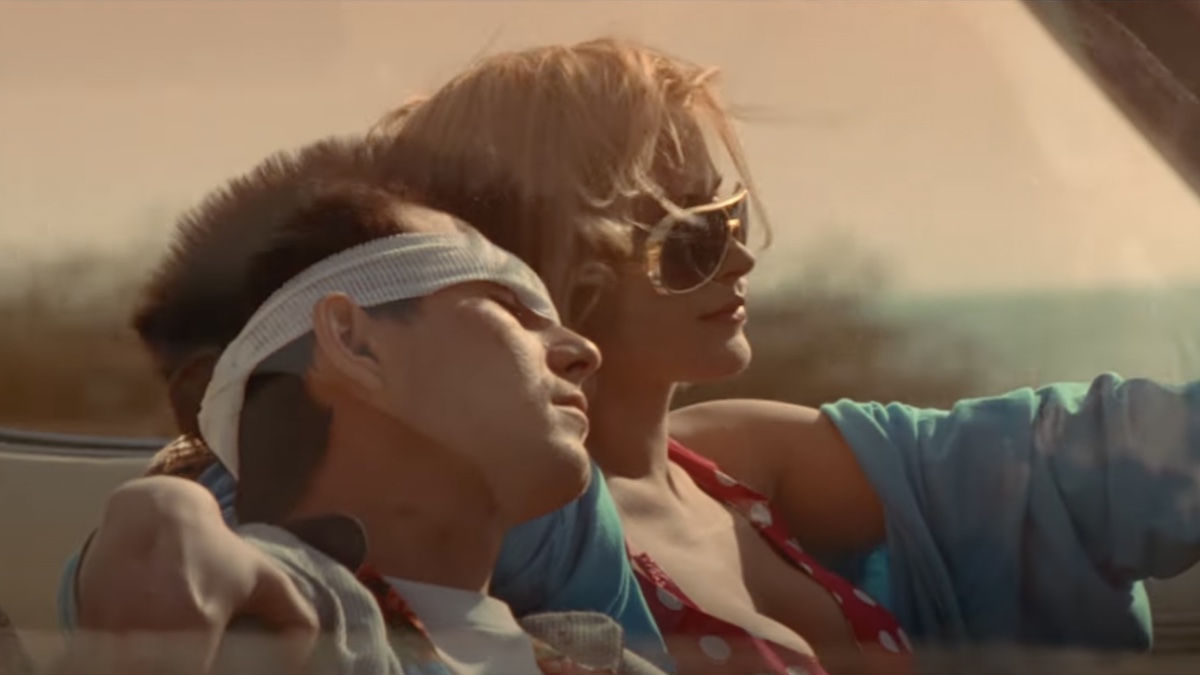 3. True Romance. 1993. Clarence and Alabama are a fabulous romantic duo written by Quentin Tarantino and directed by Scott for an excessively violent tale with morbid humor. The lovers end up in over their heads with drug dealers, and manage to stay alive through stupid perseverance and unconditional devotion to each other. The musical theme (“You’re so cool”) is an infectious piece of scoring, played at all the right moments that makes you actually believe in the triumph of pure love. The final scene on the beach is a well earned epilogue; interestingly, Scott managed to improve Tarantino’s script by providing a happy ending that works. Usually I prefer dark endings, but Clarence and Alabama, after being hammered by bruising and bloodshed, have this coming. There is so much good acting on display, from the infamous interrogation of Clarence’s father (played by Dennis Hopper) by the ruthless cutthroat (played by Christopher Walken), to the sadistic beating of Alabama by the thug (played by James Gandolfini), to the epic standoff and shoot out at the very end. There’s also an early Brad Pitt who does nothing more than sit around the house stoned out of his mind. Remember, this was a year before Pulp Fiction, and in some ways I consider True Romance Tarantino’s real breakout after Reservoir Dogs. Scott directed it, but the film feels about 80% Tarantino.

4. The Hunger. 1983. Exactly one decade before he wowed audiences with True Romance, Scott landed his first film which was an utter box office failure. It was around the same time his brother Ridley made Blade Runner, and The Hunger was similarly concerned with the desire to prolong life. Ridley and Tony had recently lost their older brother to skin cancer; Blade Runner and The Hunger were respective ways of working through that loss. But unlike Blade Runner, The Hunger failed to impress, judged by many to be overly artsy and self-indulgent. It is overly artsy and self-indulgent, but in a good way, and like other ’80s films that were outside the mainstream, it has aged to a cult classic. There’s gothic and post-punk music ahead of its time (Bauhaus, most notably, with the awesome Peter Murphy) that fits the vampire theme. Frankly I consider it one of the best vampire films ever made. The Hunger is about the fear of getting old, the loss of sexual appetite, and a person’s terror in letting go of youth. Watching it today in my 50s affects me totally differently than it did forty years ago; it’s a very sobering film. The scene where John (played wonderfully by David Bowie) has accelerated into an old man (after 200 years of vampire youth) and the eternally young Miriam is holding him in her arms, is heartbreaking. 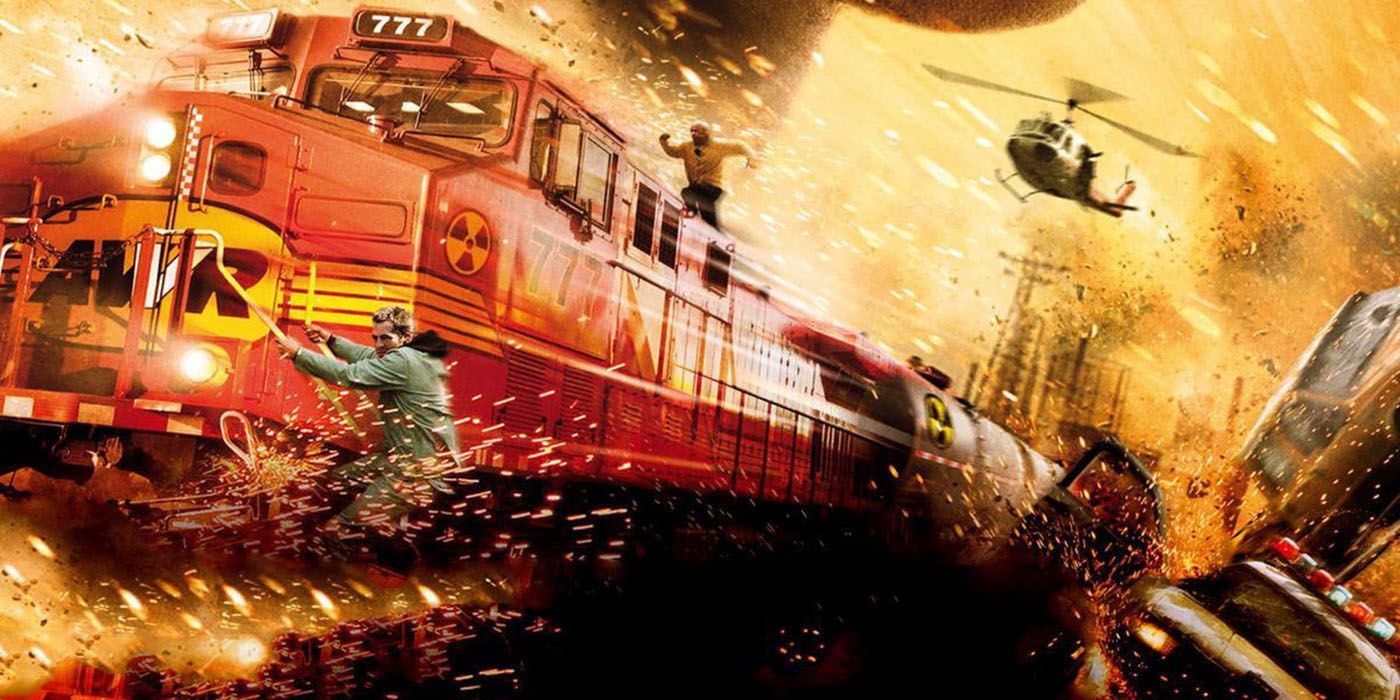 5. Unstoppable. 2010. Aside from an asshole CEO, there’s no human antagonist in Unstoppable. The villain is the runaway freight train, which is more than enough. The train carries explosive cargo and becomes an effective missile barreling ahead at 70 miles/hour straight to Stanton PA, as two hostlers (one of them played by Denzel of course) engage in a wildly desperate plan to stop it. That this is based loosely on an actual event in Cleveland OH is pretty scary. There is the usual fast-paced camerawork, raw energy, and frenetic cutting, on top of searing dramatic conflict (again, despite the lack of villains) as the company’s CEO pulls every incompetent strategy out of his ass while threatening to fire the two hostlers who have the best chance at stopping the train. There were at least six cameras always rolling during the shooting of this film, to capture the helicopters and chase vehicles at all the right angles. And it wouldn’t be a full-fledged Tony Scott film without Denzel playing a working-class hero; in a sense this is quintessential Denzel. Unstoppable may well be the king of popcorn flicks. It was Scott’s last film before suicide and a remarkable achievement, getting plenty of critical praise. 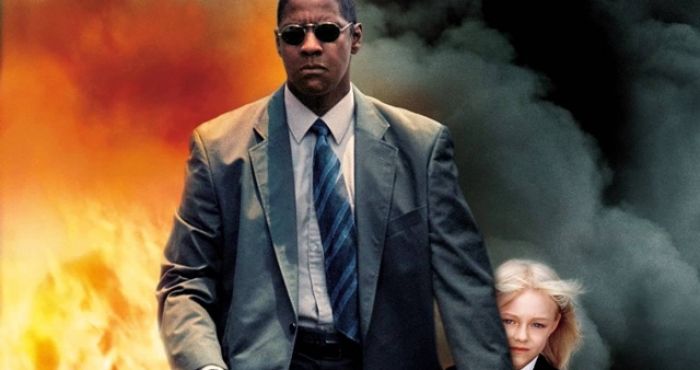 6. Man on Fire. 2004. If you don’t count Quentin Tarantino’s gems, Man on Fire is probably my favorite revenge film. Granted I’m not a fan of the genre, so that’s not saying much. Revenge films tend to be cliche, giving audiences a license to go on a moral holiday — to applaud vigilantes who take down scum in the most violent ways, and feel (hollowly) righteous for it. Scott tried his hand at this in 1990, with a film he called simply Revenge (Kevin Costner starring), but it was a mediocre effort. In 2004 he tried again with Man on Fire — and lit the screen on fire with one of the best films of his career. Using Denzel Washington to play Creasy was a stroke of genius; you don’t expect Denzel to be serious about blowing away a pregnant woman with a shotgun, and fully intent on taking the kidnapper’s whole family apart piece by piece. At least three things set this above the usual revenge fair. (1) I was really convinced that the little girl (Pita) was dead. The revelation that the kidnappers still have her alive almost stopped my heart like it stopped Creasy’s. (2) Scott raises the stakes with patient storytelling, and really making us like Pita and Creasy. It takes a full hour (in a two and a half hour film) before the kidnappers abduct Pita. In that first hour, Man on Fire is a character drama showing a little girl’s impact on a man who has largely given up on life. Revenge films usually initiate the catastrophe too soon, before we get to know much about the victim. (3) Creasy is killed in the end as he must be, to make saving the girl feel earned, but also to atone for his outrageous slaughter. He trades in himself for Pita, and the killers have their way with him. Man on Fire is about a man being robbed of a precious salvation, which must end in the death of anyone remotely connected to the crime, and then his own demise.