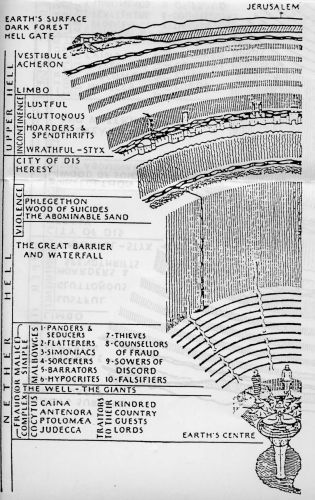 Part 1 of my Inferno tour consists of eleven cantos covering Circles 1-7, and Part 2 is also eleven cantos, but covering Circle 8 alone. Circle 9 is coming soon, and it will be only two cantos, covering the frozen floor of Hell. Here’s a preview of who I’ll find there. Note that even though Circle 9 is divided into four zones, they are all the same punishing ground: a lake of ice. The souls of traitors are frozen here, with the worst traitors closest to the circle’s center where Lucifer is.

Zone 3: Traitors against Guests or Hosts