This was a good year for film. In recent years I’ve had only a handful of films to recommend by the year’s end. This year I have a full top 10, plus a bonus.

1. A Hidden Life. 5 stars. I thought Terrence Malick was washed up after Tree of Life (2011). To the Wonder (2012), Knight of Cups (2016), and Song to Song (2017) were the kind of navel-gazing films that arthouse critics praise just because Terrence Malick made them, but I’ve got some news for those critics, even the best directors stumble and fall. Thankfully Malick picked himself up again. A Hidden Life is not only my film pick of the year, it’s a testimony to achieving a cinematic style that matches transcendent goals that most directors only dream of. It’s about the real-life unsung Austrian hero, Franz Jägerstätter, who refused to fight for the Nazis in World War II, executed for it, and was later declared a martyr and beatified by the Catholic Church. As in other Malick films, geographical beauty is the canvas on which human ugliness is painted and interrogated. The Austrian backdrop is breathtaking; the plight of Jägerstätter and his wife almost hard to credit in a world that can yield such beauty. 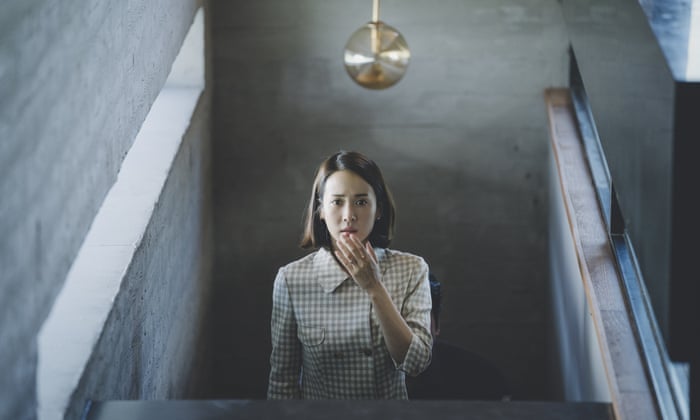 2. Parasite. 5 stars. Ever since Snowpiercer, I have vowed to see every film made by Bong Joon-ho. Snowpiecer was set on a train in a post-apocalyptic ice age, and portrayed a social class war as David Lynch might imagine it. In Parasite, there is again social skewering, showing how the rich survive on the backs of the less advantaged. But as always, Joon-ho isn’t being didactic. He’s an artist, not a preacher, and pays off viewers as they deserve, this time with a story of a family who live in a cellar and fold pizza boxes for a living. Then they get the bright idea to pose as sophisticated skilled workers (an English tutor; an art therapist; a chauffeur; and a housekeeper) and insert themselves into the lives of the wealthy, on whom they wreak mischief. Things get out of control and spiral into calamity, with twists and turns you won’t expect. Parasite is outstanding and has incredible rewatch value. 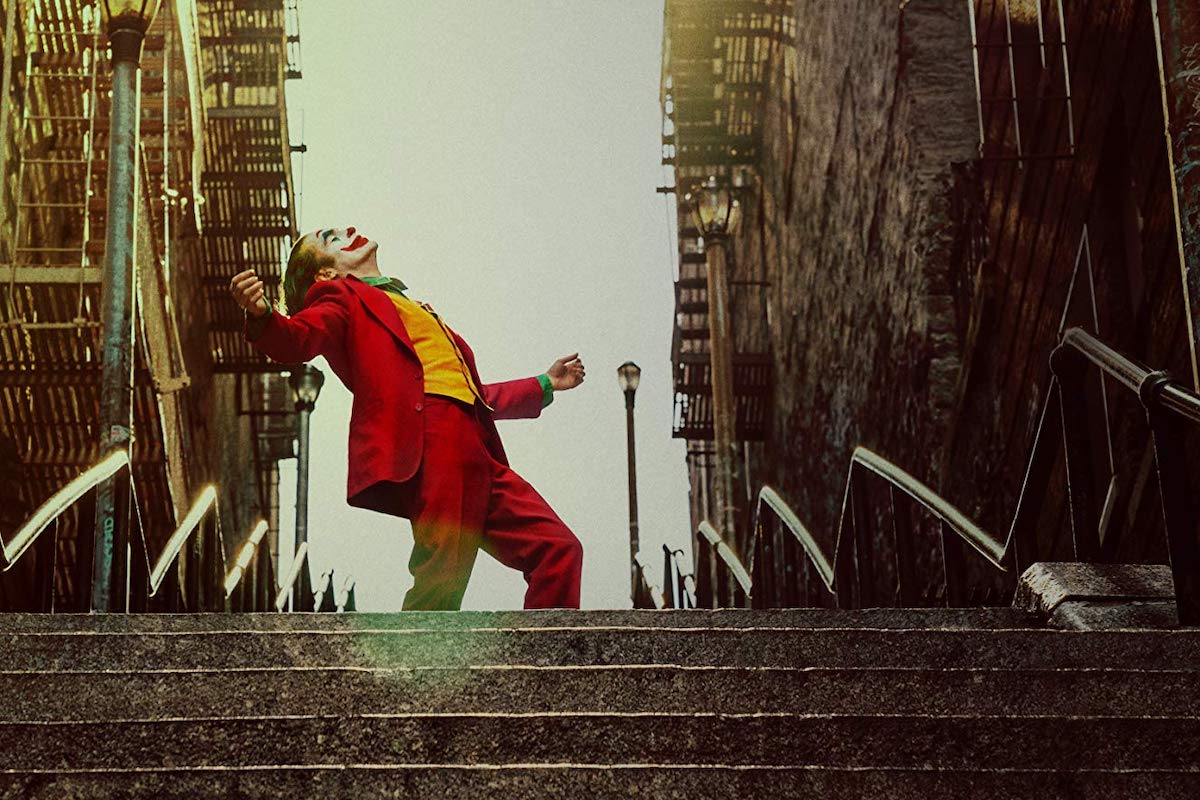 3. Joker. 5 stars. I can’t believe I once said that no one could ever top Jack Nicholson’s performance as Joker, but by ’80s standards, Tim Burton’s Batman was a work of art. Today it’s pure camp. Then I said the same thing about Heath Ledger’s Joker, and he does still hold up. But Joaquin Phoenix’s incarnation is as good as Ledger’s in a much different way, and fits like a glove in a drama without the Batman, that focuses like a laser on what mental illness can do to a person in a cruel cold world. It’s set in 1981 (Ronald Reagan’s first year), in the time of increased governmental neglect for the mentally ill. Funding cuts to social services leave Arthur without access to meds, and he slides deeper into the identity he carves for himself. Phoenix plays it so convincingly, and the repeated fits of compulsive laughter must have been exhausting on an actor. There are heavy shades of both Taxi Driver and King of Comedy; Todd Phillips has made a Joker film in the most Martin Scorsese way possible, and it’s a noble heartbreaking achievement.

4. The Nightingale. 4 ½ stars. This isn’t a rape-revenge movie, despite the claims of some. It’s about a woman who is raped (graphically, more than once) and at first seeks revenge, but finds something different that actually feels like grace. The film is by Jennifer Kent, the director of The Babadook, and she proves she can do a historical piece even better than indie horror. It’s set in 1825 in an Australian British penal colony, and holds an unpleasant spotlight on the way the Brits treated their subjects. It could have gone wrong in so many ways, not just by becoming a hollow rape revenge, but by the way Clare teams up with the aborigine. The Nightingale is no Hollywood parable of a “feminist and a black”. The guarded relationship between this Irish woman and her servant is nailed right in every scene, and doesn’t feel anachronistic. The ending on the beach is simply transcendent. 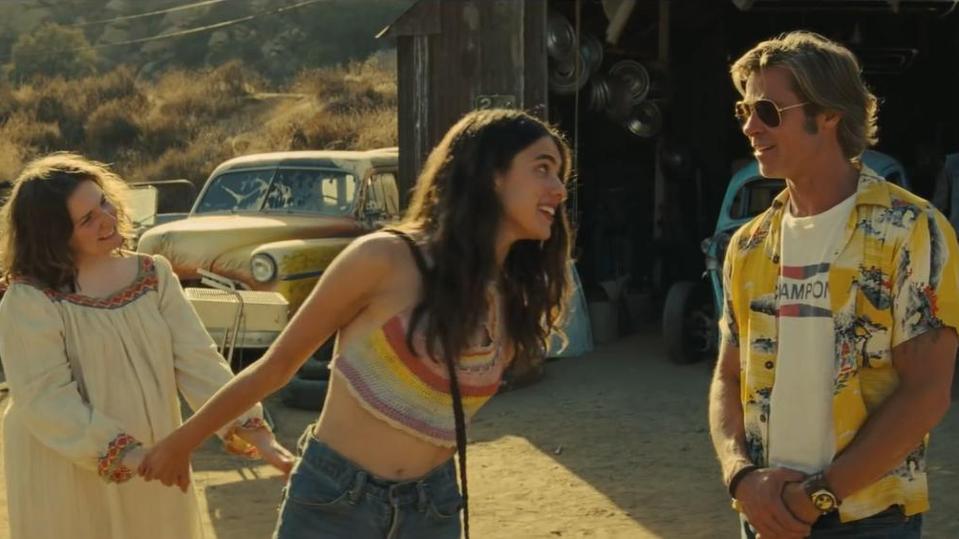 5. Once Upon a Time in Hollywood. 4 ½ stars. This love letter to Hollywood is one of Tarantino’s most emotionally honest films. It takes place in 1969 around the plot of a has-been actor, and revises events of the Manson family, so that instead of Sharon Tate getting killed, it’s the Manson killers who die. And they die brutally: they pass over Sharon Tate’s home and crash the home of the story’s heroes played by Leo DiCaprio and Brad Pitt. The slaughter that ensues is pure over-the-top Tarantino; one of the Manson sisters gets her face bashed and pounded in twenty times over; the other gets eaten alive by a dog and roasted by a flamethrower. But leading up to this twenty-minute end-game is a sprawling two-hour walk-though of late ’60s Hollywood, when spaghetti Westerns were becoming a thing and hippies were invading Hollywood. To think I was only four months old when the movie industry was like this.

6. Doctor Sleep. 4 ½ stars. It’s certainly no Kubrick classic, but it is a rare adaptation of a Stephen King novel that is very good. Better yet, it’s a sequel to both King’s novel and Kubrick’s film, taking the best of both worlds. Kubrick’s ending to The Shining was better than King’s. Instead of the Overlook Hotel dying and Dick Hallorann surviving, Kubrick killed off Hallorann and allowed the evil Overlook to live on (the final shot of Jack Torrance in the 1921 painting is far creepier and scarier than the explosive melodrama penned by King). So Hallorann visits Danny in visions now, and Danny makes quite a momentous return to the Overlook, where he destroys the hotel as his father did in the novel. Filling this framework is the plot of psychic vampires who prey on people, including children, and I was surprised by some of the bold risks taken, not least the gang murder of the little boy. Thumbs way up to Doctor Sleep. I love it.

7. Knives Out. 4 ½ stars. It takes courage to play the Agatha Christie card when you really just want to have fun, but Rian Johnson uses an A-list cast to produce fun in every scene of this mansion-based who-dunnit. An old rich guy kills himself, or so it seems, and his family are less interested in grieving than planning on how to spend the fortune they will surely inherit. They get a rude surprise: he left everything — every single penny, and the mansion too — to his young Latina nurse who is an immigrant. When detectives and a private eye show up and won’t leave, it starts to look like the old man’s death may not have been suicide. These family members are all so hollowly shitty, and racist in varying degrees, but it’s easy to love them when they’re played with relish by actors like Don Johnson, Toni Collette, Michael Shannon, and Jamie Lee Curtis. But it’s Daniel Craig who steals the show — with a preposterous Foghorn-Leghorn accent — and when he finally fingers the guilty party in the end, it’s as satisfying as it is sad that the entertainment is over. I wish that Knives Out were a six-hour film, frankly; these characters are too wonderfully played to close the curtain on them any sooner.

8. The Irishman. 4 stars. Scorsese brings back De Niro and Pesci, throws in Pacino, and tells a story of Jimmy Hoffa with a revisionism that assumes the worst of its characters. It has pinched the hemorrhoids of a more than a few Hoffa buffs, but it didn’t bother me; I just don’t know enough about Jimmy Hoffa enough to care about the historical blasphemies. Basically The Irishman covers the mid ’40s to the early aughts, with Frank Sheeran (De Niro) narrating his rise from a low-level thug to the right hand of Jimmy Hoffa (Pacino). Sheeran claims to have killed Hoffa in 1975 at the behest of Russell Bufalino (Pesci), in the union-mafia climate of the ’60s and ’70s. Make no mistake, Goodfellas and Casino this is not. Hell, it doesn’t even make my top 10 Scorsese films list. But it’s still a solid effort. 9. Climax. 4 stars. This is the dance party from hell, apparently based on a true story, and something you have to see to believe, like all of Gaspar Noe’s films. Set in France in 1996, the party is attended by dancers of alternate dance styles and ethnicities, who want to express unity in power of art. They talk about love, race, and sexuality, and why they need to dance. Then they drink punch spiked with acid, and everyone loses their almighty shit. They turn on each other, nasty and ultra-violent, and by the next morning people will be found dead. The music keeps racing through it all. I doubt this film is as profound as Noe might want us to think it is, but there’s no denying it’s a hell of a ride. 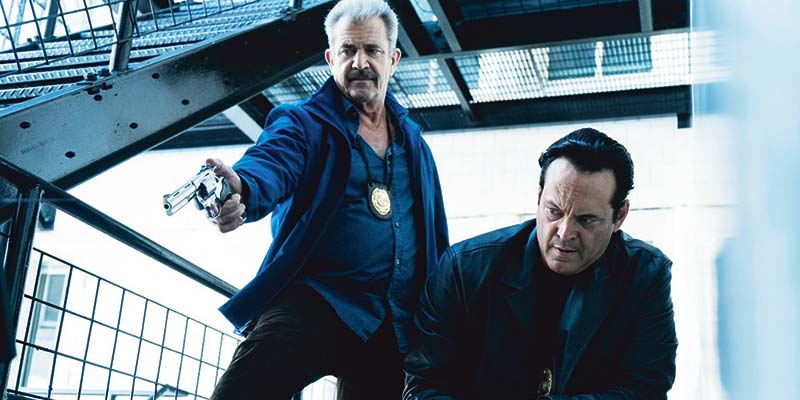 10. Dragged Across Concrete. 3 ½ stars. I was pleasantly surprised by this one, half-expecting a garden variety crime drama of disaffected, down on their luck cops who don’t draw much sympathy. The Mel Gibson and Vince Vaughn characters are actually quite sympathetic, and the claims that this is a right-wing action flick can be dismissed. Here the good-will beliefs about race and social class are taken as phony, by criminals and cops alike, white and black, all of whom know that liberal fantasies can only be indulged by those who can afford to be naive. The two cops are put on suspension for excessive use of violence, and in their time off without badges they get drawn into witnessing an ugly crime as they are trying to commit their own. It’s a slow burn until the very end, and it rewards in ways I didn’t expect.