1. Stranger Things. 3 seasons (so far). 2016-2019. Watching Stranger Things allows me to relive my ’80s childhood in the best possible ways, and reminds me how lucky I was to grow up in a time when kids were independent, didn’t have helicopter-parents, and had far more creative outlets for their imagination than what you get today online. That sort of vivacious freedom is hard to find today. Like Mike, Lucas, and Dustin, I went out with my friends and explored the world — in the woods or by the pond or across the sand dunes — and connected with my parents mostly at dinner time. The series is an homage to other things too, like old-school Dungeons & Dragons before the game became lame and commercialized. The kids are fantastic and their acting skills amazing, and this is critical to the show’s success. It was rejected my many network executives because the idea of kids as lead actors in an adult series was too daunting. As for which season is best, it’s a tough call, but for me season 2 tips the scales. I ranked the seasons here and the episodes here. And I was so inspired by Stranger Things that I put aside my disdain for fan fiction and wrote a trilogy that imagines these kids in their adult years, and their ongoing battles with the Upside Down.

2. Breaking Bad. 5 seasons. 2008-2013. Stranger Things may be my personal favorite, but objectively I would call Breaking Bad the best show of all time. It starts strong and gets stronger, never flagging on its promises, and I dare say if the show writers had gone to ten seasons they probably could have kept the momentum going. They settle for nothing less than excellence. Breaking Bad is the revenge tragedy of a school teacher who feels that he’s been emasculated by the fate of cancer, on top of being screwed out of a business partnership that could have made him millions. He’s a chemistry genius but under-achiever, and puts up with endless teasing by his family, especially his DEA brother-in-law. By season five he’s a killer and a drug-lord — people have learned to respect him or else — and the journey to that point is a brilliant character evolution. The suspense levels are insane; even the worst episode is superior, though I did rank the best.

3. Hannibal. 3 seasons. 2013-2015. I consider Hannibal the poster child of TV’s golden age; the aesthetic is that overwhelming. Think how David Lynch might reinvent Hannibal Lecter, and then throw in some of Cronenberg’s body horror and Argento’s insane imagery. The result is that Silence of the Lambs has been way superseded, something I thought impossible. Mutilations and gore are given transcendence. The first two seasons consist of original material taking place before the events of the novels. The third is two mini-seasons, the first half covering Hannibal (reversing the chronology of the books with Lecter’s exile in Italy and Mason Verger conflict; these are set in the time of Will Graham instead of Clarice Starling), the second half Red Dragon. Here’s how all the episodes rank. There were supposed to be six seasons altogether, and it’s outrageous that the show was cancelled. If you had told me back in ’91 that something of this astonishing scope and quality would ever make cable network, I wouldn’t have believed it. 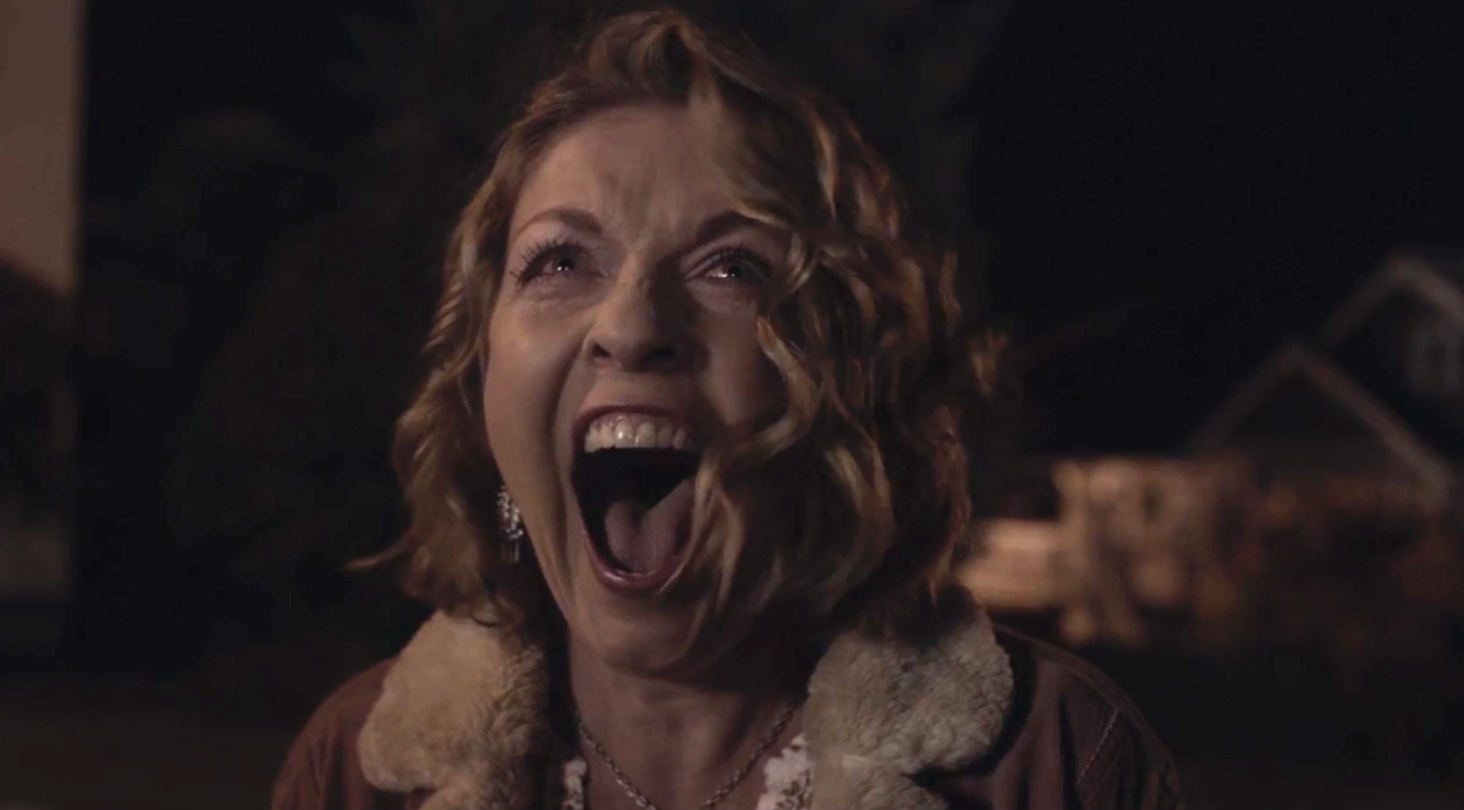 4. Twin Peaks. 3 seasons. 1990-1991; 2017. The first two seasons are classic, but the third is a towering achievement. If you’re expecting more in the style of the early seasons, you will be disappointed. But if like me you think the prequel-film Fire Walk With Me is a masterpiece, chances are you’ll love season three and all of its weird and hideously disturbing elements. These are some of the most mesmerizing and esoteric hours of television you will ever see, a rare treat to lovers of dream-logic, painful no doubt to those who crave plain meanings. In the end, Cooper is able to use the knowledge he’s acquired from years in limbo to jump back in time and prevent Laura Palmer from being killed, and how he makes a wreck of this and compounds Laura’s tragedy is quintessential Lynch to be chewed over for many moons. If not for the insufferable weakness of season two’s second half, Twin Peaks would place at #3.

5. Game of Thrones. 8 seasons. 2011-2019. With the end game played out, George Martin has become virtually irrelevant to his own creation. Basically we got the sixth and seventh books before they are published. And like the books, the series has been a game-changer in fantasy, with wild plotting, understated magic, graphic sex, constant backbiting, and heroes who die unfairly in every other episode. The focus is on court intrigue and politics, and no one takes the supernatural threat broiling up north seriously until too late. If I had to summarize Game of Thrones in a sentence, I’d say it’s about power and political ambitions, and what it takes to make people see beyond their local and petty interests if they can. Here are the best episodes.

6. Channel Zero. 4 seasons. 2016-2018. I tend to avoid anthology series, but there are exceptions where starting over each season with new plots and characters works. Fargo is a good example (though it doesn’t make my top-ten cut); True Detective and American Horror Story are not. You can’t do better than Channel Zero. It’s weird, well scripted, brilliantly directed, and pulls no punches. Season one’s “Candle Cove” is about a puppet show that only little kids can see on TV, and which turns them into killers. Season two’s “No-End House” is about a haunted house with each room scarier than the previous — and the last “room” almost impossible to figure out how you’ve been screwed over. Season three’s “Butcher’s Block” is about two young women who join a family of religious butchers who eat human beings, and who live in a perverse version of Alice’s wonderland. And season four’s “The Dream Door” is about a woman whose homicidal fantasy figure comes to life when she gets angry — sort of a psychological version of the Incredible Hulk. Season two is the one that really gets me. The college kids enter the haunted house looking for cheap thrills, but it turns into a prolonged nightmare that yields some of the most terrifying material I’ve seen on TV. Season three is a close second; it may as well have been directed by the show runners of Hannibal, it’s that good.

7. Dark Matter. 3 seasons. 2015-2017. I liked the first season so much that I watched it again right away, which is something I’ve never done with any TV show except Stranger Things. There’s something uniquely compulsive about Dark Matter, even if objectively it’s not the most outstanding series. It starts with six people waking up on a starship. They have no memory of who they are but soon learn they were (are) notorious criminals being hunted by the law. Their past secrets are gradually revealed as they travel to planets and space stations and get involved in nefarious plots, and as characters they are simply terrific. The tender moments between Five and Six are my favorite – she the underage geek who wants to be part of the team, he the man who hates what he’s done. Here’s how the first-season episodes rank. Season two had some fun with alternate versions of these characters in parallel universes, and season 3 upped the game considerably with the renegade Four. 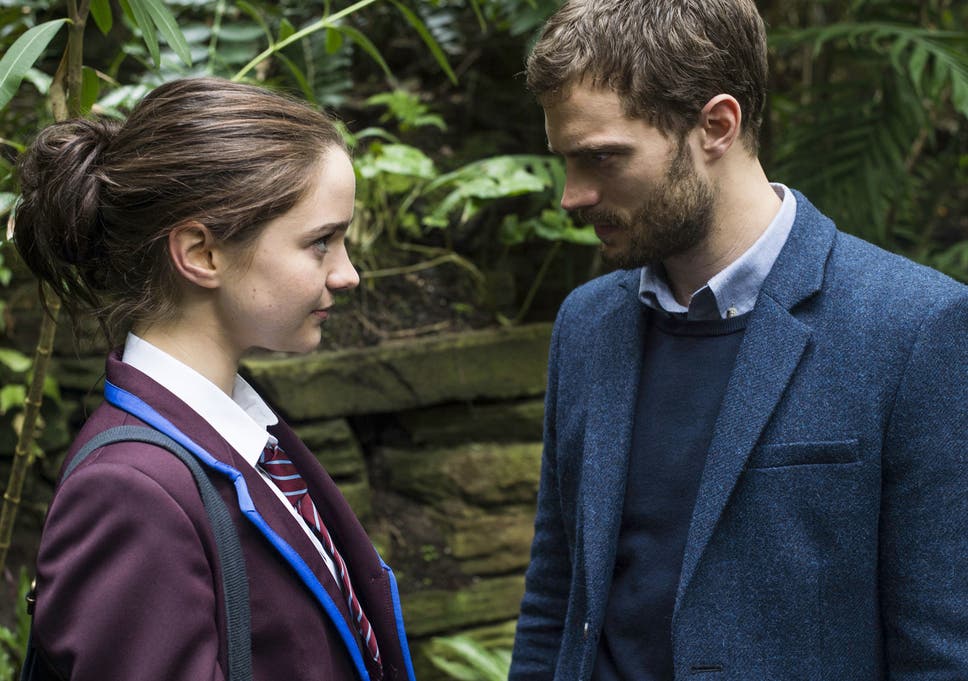 8. The Fall. 3 seasons. 2013-2016. Don’t be put off by the controversy. In its unflinching look at violence against women, The Fall never glamorizes the the issue. I can see why some people think it does. As in Hannibal the aesthetic is intoxicating while the serial killer is less distant. Lecter sees his victims as mere pigs for food; Spector has grievances about justice. He’s protective of vulnerable people, especially children. He hates particular women, wants to “transform” them, and the intimate way he goes about his obscene killings makes us feel somehow complicit. Things get even creepier in season two when Spector bonds with a young teenager who craves sadomasochistic thrills. The performances from this girl are brilliant and takes the show to a new level. Some were disappointed with season three, but not me. The glacial-paced storytelling was used very effectively to give space in examining the evil inside of Paul.

9. Regenesis. 4 seasons. 2004-2008. Forget Orphan Black. This is the Canadian science fiction show that makes cloning and governmental conspiracies believable. Few Americans have heard of these Toronto-based scientists who work against bio-terrorism and disease, and it’s almost impossible to come by on DVD. Unlike most sci-fic thrillers, Regenesis isn’t so much about saving the day as learning to live with irreversible damage, and there’s a high body count among the main cast. It’s probably the most realistic ever seen in the genre, thanks to the scientific advisor who insisted on it. The first season features Ellen Page who plays the daughter of the lead scientist, and her story-arc practically steals the show: she befriends a dying boy who thinks he’s a clone. I love her scenes with Peter Outerbridge. See, for example, her ice cream scene (they talk about ebola) and her grief scene (when Mick dies).

10. Fargo. 3 seasons (so far). 2014-2017. It’s hard for me to rank this series. All three seasons are excellent and contain some of the best direction and production values you’ll find in any TV series. And I always look forward to the next episode. But when all is said and done, I tend to forget about Fargo. It doesn’t leave a lasting impression on me, and this is also the way I feel about the classic film. It seems wrong to call it overrated, and I suspect the problem is rather with me, that there’s something to this franchise that I just don’t fully “get”. It’s filled with allegories and digressions, but they seem (to me anyway) to mean less than they pretend. There’s a brooding theme about how random and cruel life can be, but it doesn’t strike me as especially profound. All I know is that I’m fully engaged by the series as I watch it, and less than detached when I reflect on it.